Where the Great Plains Begin

It is probably obvious that the name of this blog is in some way related to the Tragically Hip song “At The Hundredth Meridian”, but it is also a reference to where Brandon, Manitoba lies on the map.

So, why did I hone in on this? It actually goes back a few years. I was sitting in the car waiting for my wife to finish an errand that she was doing, when a story came on the radio about branding. Now, this is just after the horrific train wreck called Spirited Energy was introduced as a new branding for Manitoba. It did not go over well.

So, I’m sitting in the car and I’m thinking of the horrible job that was done “branding” Manitoba by an outside consulting firm, and I’m wondering if Manitobans could have done better. So I started brainstorming and it occurred to me that songs are usually a fertile place to look for such a brand. (To this day, if you play Stevie Wonder’s “A Place in the Sun” to a Westman resident over 40, they will think of Minnedosa).

So, I start thinking of Canadian and Manitoba artists and possible geographic references. The Guess Who come to mind, but “Running Back to Saskatoon” is hardly a song for Manitoba. Then I think of “At the Hundredth Meridian” by the Hip. Now, at first I’m thinking about Manitoba, but it soon occurs to me that this should be more about Brandon.

Why? Well, simply put, the 100th meridian west actually runs through Brandon. It barely hits the city, it’s right on the edge over on the west side, but it does run through it. 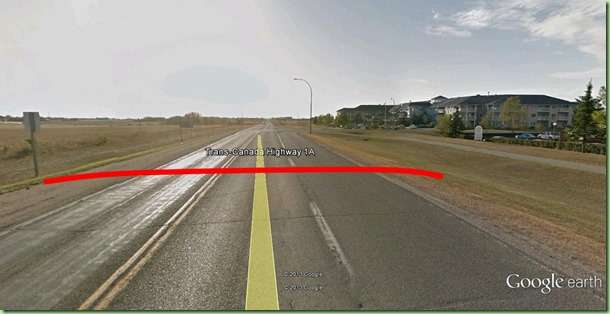 The above picture from Google Earth is approximately where the 100th meridian passes through the city. It crosses Victoria Avenue just beside the Governor’s Gate Apartments.

So, when the city was talking years ago about iconic signage, It occurred to me that maybe Brandon should create new signs similar to some larger centres. Regina (example below) is a good example. Do a permanent sign at each entrance that says:

Brandon
Where the Great Plains Begin

To me it seems like a much better slogan than “You belong in Brandon”; “Where the Great Plains Begin” is particular to Brandon. 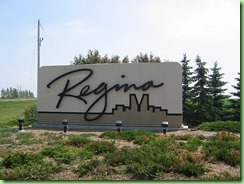 The whole point is to promote something unique about your city. Seriously, “You belong in Brandon” could be changed to “You belong in Treherne”, or “You Belong in Boise”. There is nothing distinct there.

I have floated the slogan before, and I had some really good responses from a few people. The main detractors seemed to fixate on the point that there are areas of prairie east of Brandon. They are kind of missing the point. A great slogan doesn’t have to be completely true to be effective. We’ve all heard “What happens in Vegas stays in Vegas”; it’s not technically true, but it makes a great slogan. Besides, there is a lot of truth in saying that the Great Plains begin in Brandon. There are areas of prairie to the east, but it is west of the city that the prairie landscape seems to continue uninterrupted; east the prairie gets broken up by areas such as the Carberry Sandhills. Brandon is the first major settlement firmly situated on the prairie. Other arguments have said that the Great Plains refers to the American plains, a semantic argument at most, and not completely true. Some just don’t like the Tragically Hip. 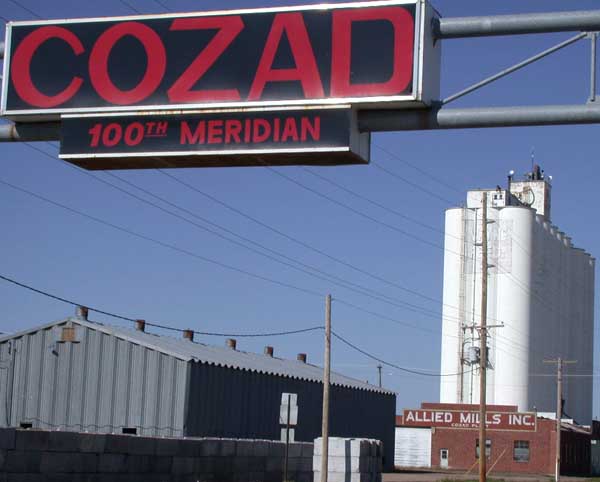 Anyway, I’ve floated the idea in the past, and unfortunately it just didn’t manage to catch on. At the very least I would like to see a sign on Victoria Avenue telling people that they are passing over “The 100th meridian… where the Great Plains Begin”. Then we can at least lay claim to it for the future.