It’s no secret that I love technology. My job involves selling and repairing PCs and Macs. I am a regular listener to two podcasts on the This Week in Tech (TWiT) network online. I spend many hours in front of a screen.

I am a tech geek.

That being said, I have never understood the fascination that some people have with trying to introduce technology into the voting process. To me it seems that it is an unnecessary use of technology. Voting isn’t broken, we need not fix it.

Case in point. Yesterday, the province of New Brunswick held an election. Apparently they were using vote tabulating machines. Apparently polls closed last night and results started coming in quite fast, which of course should happen when using a computer to count votes. Theoretically, if polls close at 8:00pm, you should have a result by 8:01pm; computers are very efficient at this kind of counting. This did not happen last night in New Brunswick. Poll results came in until 10:30pm and then stopped… for over two hours.

As a student and a user of technology, I know that it is possible to build a perfectly secure vote tabulating machine. I also know how hard perfectly secure would be. You need code reviewed by multiple people, checked and rechecked, secured against unauthorized changes, and a reliable and accurate paper trail created for each vote cast.

The first problem with electronic voting is that often it involves machines designed by private companies and the code is considered intellectual property and is not subject to public scrutiny. You need the code to be open to know that it is actually correctly written, bug-checked, and that no “secret” routines are included in it. The anchors on last night’s New Brunswick election coverage on CBC were very concerned about so-called “missing” memory cards in last night’s election. I understand their concern, however the cards were most likely just in transport and there are ways programmatically to ensure the cards have not been tampered with. If those precautions have been taken by the tabulator manufacturer then they need not worry. Unfortunately, how do we know that those precautions were taken?

As a proponent of a preferential or weighted ballot system, I am one of the first to realize that in such a system, computer counting may be needed to get a result in a timely fashion. I am not against the use of technology. What confuses me though is how some jurisdictions are relying solely on the machines. For example, last night the Progressive Conservatives were pushing for a hand recount of the votes; mostly because they were on the losing side of the count. My question however is why would you not hand count the votes anyway, every time? The computer should be used to make results timely (the machines should be faster most times, unlike last night), leaders can make their speeches, everyone can go home. But the paper count should always be done, with everyone acknowledging only the paper count as the official one.

Most people who understand technology realize why its a bad idea as the sole way of counting votes.

Election season is now in full swing. This past week saw the deadline for nominations for candidates in the upcoming civic election in the city of Brandon. We now have four candidates for mayor and various candidates for councillor throughout the city.

The Brandon Sun has started its full election coverage with a weekly feature questioning each mayoral candidate on various topics facing the city. This week the topic was infrastructure, which to readers familiar with this blog, is an issue I’m very interested in, especially transportation infrastructure within the city. 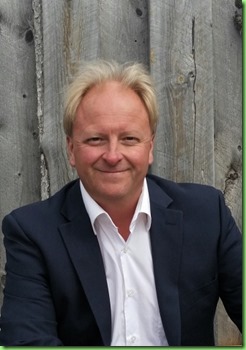 As a result of reading that article, I consider that Brandon has three serious candidates for mayor. Mark Kovatch, owner of Turtle Crossing Campground, answered the questions the clearest of the four. Frontrunners Mayor Sherri Decter Hirst and former councillor Rick Chrest had okay answers but you could tell that they are practiced politicians. John Paul Jacobson just didn’t connect with me. My feelings on that feature is that Mr. Kovatch was the clear winner in my mind, and I will now take a harder look at him as voting day approaches.

This again brings me back to a problem I had with the federal by-election last year, and our broken first past the post voting system. If I decide that I would like to eventually vote for Mr. Kovatch, I would like my vote to actually count. I would like other people who would like to vote for perceived third or fourth candidates to also feel that their vote counts for something. I would like to not have to consider voting strategically if there is a candidate that I could absolutely not want to be in office. This is why, as I’ve stated before, we need a preferential ballot system. My belief is that we need it at all levels, but I think the local level would be a good start.

For those unfamiliar with a preferential ballot, it works like this. Instead of marking an X next to the candidate of your choice, you instead number rank them. In the case of the mayoral election, you would number them one to four, 1 for your top pick and 4 for your lowest pick. In an election such as this one, where two candidates are considered favourites, if your first pick is not a frontrunner, and it comes down to the frontrunners, you still get a choice between them. I have in the past voted for someone who is not my first choice because they are the best chance to defeat a candidate that I very much dislike, but has a chance of winning. In the by-election, more people in Brandon-Souris voted for left leaning candidates but the right wing candidate got in. Had we had a preferential ballot, most likely our MP in Ottawa would currently be a Liberal.

As it appears by a quick reading of the Elections Act of Manitoba, we would need the province to amend the act to allow preferential ballots in Manitoba civic elections, something recently done in Ontario. Interestingly enough, it seems that preferential ballots were the norm in Manitoba for much of the early part of the twentieth century up until 1954/55 when they were changed for partisan reasons.

My thoughts are that if we had such a system, candidates like Mr. Kovatch, who might actually have people interested in voting for them, might make a much better showing. You may get a situation where such a candidate is actually the first choice of more people than a perceived frontrunner. It evens the playing field, if only just a bit.

My question for mayoral candidates and others running for Brandon Council is this,

“Do you favour the adoption of a preferential ballot in Brandon before the end of the next term?”

Give them some respect

Sometimes North American society confuses me; well, actually, most of the time. Case in point, our expectations and understanding of the younger generations. There seems to be something about “the adults” that they forget how it was when they were children, teenagers, and young adults. The worst seems to be how many adults see older teenagers and twenty-somethings as somehow unable to make real decisions about their lives.

Somehow we expect children and teens to make life decisions about education and career (I’m 40 and I’m still not sure what I want to do when I grow up), but when it comes to everyday things like what items they will consume or their sexuality, we somehow as a society seem to think that teenagers and young adults are unable to make good, well-informed decisions. 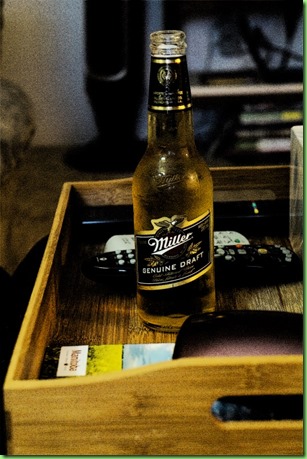 For example, today in the Winnipeg Free Press (and the Brandon Sun), there was an article about how the Canadian Centre on Substance Abuse (CCSA) was urging the province of Manitoba to consider raising the age of alcohol consumption to 19 years of age from the current 18 years. A government spokesperson responded, “We are not planning to raise the drinking age, which is 18 and the age of majority in all other respects.”

That is the correct response.

I do not like the actions of “helicopter parents” as it is. That is, those parents that have to be involved in, and have a say in, every aspect of their child’s life, even when that “child” is legally an adult. What I hate even more is when the helicopters start hovering over other people’s children and young adults. Raising the drinking age to 19 would be a nanny state imposing its will on citizens and voters that in every other way are considered adults. It is often said that if someone is old enough to join the army then they are old enough to have a beer. I happen to agree.

Yes, I know that anecdotal evidence should be taken with a grain of salt, but I do recall being a teenager and a young adult. What I remember is this. Those that had unreasonable curfews and rules set upon them tended to rebel the most against those rules and curfews. Those who were banned from any alcohol whatsoever tended to be the worst for using alcohol in irresponsible ways. Those of us who had no curfew and whose parents would say, “If you want a beer, have it with us,” we tended not drink very much and often got home at a reasonable time. Our parents expected us to have some responsibility and we met that challenge by actually acting responsible.

That’s the thing. Many would think that my parents set a low expectation by not putting those limits on me, but it was actually the opposite. They expected me to rise to the occasion and make decisions that were in my best interest. The other side of that was that when I made a questionable decision, it was my problem to deal with the consequences. If I got home at three o’clock in the morning on Friday night it was my problem if I had to get up at 4:30 to help milk the cows on our farm, not theirs. One soon learned to get home earlier.

This is the problem I see with raising the drinking age to 19 or to 21. It tells young adults that we do not trust them to be responsible with alcohol. When we set such low expectations, we should not be surprised when they meet them. The fact that Saskatchewan’s eighteen year olds come to Manitoba or Alberta to drink and then drive home is not Manitoba’s or Alberta’s fault. If Saskatchewan treated these adults as adults, then they would not have to leave their own town to begin with, and would not be as prone to binge drink when they were elsewhere.

Personally, despite the fact that I rarely drink, I think that our liquor laws and attitudes in North America towards alcohol are too restrictive. We treat alcohol as a forbidden fruit and then act surprised when people binge drink or abuse it in other ways. My personal opinion is that we need to teach more about responsible alcohol consumption and from an earlier age. For instance, it should not be seen as socially unacceptable or even illegal for a teen to have a glass of wine with their parents at a licensed restaurant.

Teach responsibility… it’s a lesson that can be carried throughout life.