With the election of a Liberal government on Monday, it looks like we may finally get electoral reform in Canada. Some pundits don’t think that a majority government will do it, but I believe that there is enough evidence that strategic voting got the Liberals their majority that they may actually follow through, knowing that they will lose those votes by the next election if they don’t do something.

My top priority for voting reform if of course the ranked or preferential ballot. My second priority, something I haven’t discussed before, is the removal of party names from the ballot. It seems like a small change, but I think it is vital.

There is a law in Canada that party advertising is not allowed in a polling place. The idea is that it may affect the outcome of the vote as people may be more inclined to vote for a candidate after seeing an ad for that candidate. Makes sense to me, keep the playing field level.

But then, once you get to the ballot, the name of the political party appears next to each of the candidates. It can be argued that this takes away the “level playing field” between candidates, making what is supposed to be a local decision into one based on national party. And that is really the crux of this. In our system, you vote for the local candidate, not the national leader.

The idea of voting for a local candidate is so that that person, who has a personal knowledge of the riding, can make decisions based on the wishes of the electorates in that riding. A party only gains power in our system when enough of those local representatives give it the confidence of the House. Many of the problems we have had of late have been because the national party dictates to the local member instead of the other way around.

If you remove party names from ballots, what you do is make it more important for the local candidate to become known. A candidate like Brandon-Souris’ Larry Maguire would have done just fine on Monday because he ran a locally focused campaign based on his own personality and with a catchy local slogan, “Rehire Maguire.”

If you look north, to Dauphin-Swan River-Neepawa, there may be an example of a riding that may have had different results had party name not been on the ballot. In that riding, you had Inky Mark, former Conservative MP, running as an independent along with the other regular party representatives. As it stands, Mr. Mark only got 8.1% of the vote on Monday night, versus over 40% for his Conservative opponent. I have no way of proving it, but I suspect that had there been no party affiliation listed on the ballot, Mr. Mark’s numbers would have been higher, and Mr. Sopuck’s (Conservative) would have been lower. Both men are known to stand for small “c” conservative values, and both have won the old riding of Dauphin-Swan River-Marquette with over 18,000 votes.

Perhaps I am wrong, but if I am then removing the party name will have no affect on the outcome of an election, no harm, no foul. If I am right, then party name on a ballot is affecting the outcome, essentially acting as advertising inside a polling place.

Some would argue that removing party affiliation from a ballot would impede the ability of some people to vote. If, after 36 to 78 days of a campaign, if you are not informed enough by that point to be able to identify your local candidate’s name that will best represent you, then perhaps you are not informed enough to vote. The only reason to have a party name on a ballot is to help “direct” you to which candidate that you should vote for. It amounts to an advertisement for the party, something Elections Canada should not be helping parties do.

Advertising inside a polling place is illegal for a reason.

The Harper Era is over.

Justin Trudeau rode a wave of anti-Harper sentiment, and a desire for change, to getting the keys for his childhood home at 24 Sussex Drive in Ottawa, the Prime Minister’s official residence.

There are, I’m sure, many reasons for Mr. Harper’s defeat, many of them his own; I’m going to focus on one. It happened before he ever go a majority in 2011.

Stephen Harper is a victim of his own short-sightedness. One of the things you need to do when you create legislation is think about the consequences, especially what would be the unforeseen consequences of said legislation. Stephen Harper backed himself into a corner, starting in May of 2006 when he introduced Bill C-16 to amend the Canada Elections Act creating fixed election dates. He then broke that law in 2008. Breaking it again would have probably been looked at very negatively.

With a majority win in 2011, Mr. Harper’s own law meant that the next election would be on October 19, 2015 unless he himself did something to prevent that. He had locked himself in. Unfortunately, that only gave him a two year window before he needed to think about Conservative re-election. Why two years? Because if he decided sometime before the election that he is personally unpopular, he needed enough time to signal his resignation, allow for a new leadership contest, and then allow the new leader enough time to put their own stamp on the government. Such a process was going to take at least a year and a half.

The Conservatives simply ran out of time.

It started becoming apparent about a year ago, maybe a little more, that there were a lot of senior Conservative MPs that were starting to resign from politics or signalling that they would not be running in this year’s election. I heard more than a couple of people refer to it as the rats abandoning the ship. My guess is, internal polling was showing that the party was in deep trouble, the Prime Minister’s leadership being one of the main issues.

But it was too late.

I have a feeling that Stephen Harper didn’t see this coming two years ago, but that it was very apparent 12 months ago. Had he not been limited by his own law, he could have resigned and the new Prime Minister could have waited to call an election in 2016. In an election that was about defeating Stephen Harper, a new Conservative leader may have been able to save a few more seats just by not being Stephen Harper.

Stephen Harper set a trap for future Prime Minister’s, then promptly got caught in it himself. 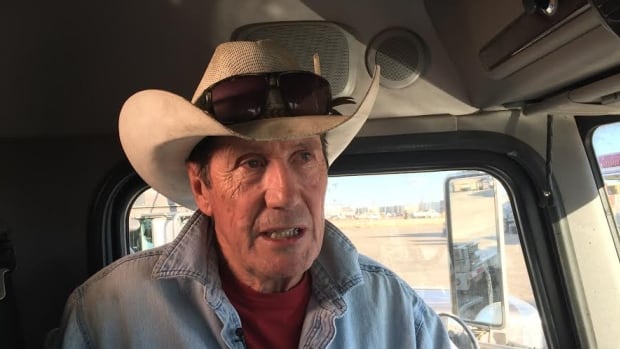