True to my blogs name I indeed have sporadic output, my last post was the summer of 2017, it was about living in Winnipeg for a year. I’ve now been in Winnipeg almost 5 (long) years… The place that I so desperately tried to find love for has slowly grated on me day by day leaving my emotions a little raw. The thing that is sitting the most uneasily with me at this exact moment (it changes as there are many things that get on my nerves) is the apathy and denial of the many, but mainly the ‘white’, residents in regard to the violence of this city.

The violent crime severity index for both Winnipeg and my hometown of Brandon have both gone up since we moved. Both are close to each other in severity, however as it is based on per capita with Brandon having a significantly smaller population (approximately 49,000 vs. just over 700,000 for Winnipeg) it gives the illusion of it being lower than it actually is as not as many crimes happen due to lower population. In Brandon when a serious attack, attempted murder, or homicide happen it’s pretty big news, people get excited, it’s the talk of the town, and they post about it on ebrandon.ca . Hell, when Tim Hortons is out of a particular doughnut flavour there’s a wild ruckus about it on ebrandon, okay maybe I’m exaggerating – a little. Winnipeg on the other hand seems to be that it’s just part of the daily grind to hear about gruesome crimes, most of the residents have a bland, expressionless look as it to say, “ya, so what this shit happens ALL the time.” Seriously, more shock, dismay, and memory of the pain has occurred in Brandon about the fact that they are too small for a Red Lobster or Olive Garden – for Brandonites that’s the pièce de ré·sis·tance of culinary experience. Ironically, if I said this to many a Winnipeger they would deny that they live in apathy and denial about the cities violence. It’s hard for anyone to have a logical subjective view about all the things in their hometown, about their families, their habits, even themselves that might be pretty obvious to an outsider. It’s hard to hear things that you might even deep down know, but perhaps feel powerless to change or that it’s not your ‘problem’.

Racism vastly contributes to this issue. In Manitoba, not just Winnipeg, a lot of it is hidden behind closed doors where the people spouting their racist commentary think anyone who looks like them likely feels like they do – often inciting hatred towards anyone who might call them on their racism. Some is on full display on the streets with hate speech and objects hurled at people from the safety of moving vehicles. Some racism is written on the internet, in newspapers, in constitutional papers… Some racism is displayed on a blood soaked fist or blade.

Many of the people living in poverty are of First Nations ancestry and visible minorities. They are some of the most politically underrepresented, marginalized, and victimized citizens. First Nations people account for many of the deaths in this city. Politicians representing the people who voted them in generally don’t do anything to to affect change that could create economic equality and betterment for ALL of its citizens. Often many politicians make matters worse by removing funding for affordable housing options, and funding for programming that provides essential services for many vulnerable people, including the children – our hope for the future. Sure, there’s lots of ‘white’ people in poverty too, and most people don’t really care about them either. The ‘white’ people have enough power and representation in society that the few who are struggling are typically forgotten about. Casting blame upon the backs of people for their misfortunes in life, of any race, is much easier than educating yourself to understand and acknowledge there are massive structural flaws in our institutions and processes of our society.

In Brandon there’s still the same racist casting done if the victim is not a ‘white’, middle class person, but there is still shock and dismay. Brandon indeed also has apathy to affect lasting change, but due to it’s lower amount of crimes there’s not a sense of numbness, there’s still some level of concern and emotion.

So we moved to Winnipeg almost a year ago. It wasn’t where we were planning on moving (insert Sannich, B.C.), so I’ve had to adjust my expectations a little,,, some days a lot haha!

It’s similar to Brandon, so it’s not a culture shock, and of course Winnipeg is the go to destination of anyone with a heartbeat in MB, thus it is not unfamiliar territory. That being said, living in it is different than a few times a year weekend romp. I have been fully immersed, getting to know two neighbourhoods (Corydon and West Broadway), as my work is in the community, as well as much of the rest of the city in my vagabond travelling ways.

Some observations; people are pretty talkative here with strangers, panhandlers are generally courtesy and sometimes funny in their cardboard expressions, the urban sprawl here means drivers often suffer from existential angst (am I courteous or the ‘Joker’ on a spree of insanity), there’s way better selection at thrift stores, the divide between poverty and wealth is extremely wide here (not just me noticing, it’s actually one of the worst in Canada), there are way too many neighbourhoods within neighbourhoods, being a pedestrian is sometimes a death defying experience (if you’re lucky), many Winnipeger’s have a complex psychological response that simultaneously includes both embarrassment and pride (pride that leads to a sense of community in many areas), there are SO many good restaurants and innovative chefs (many I haven’t had the chance to try yet, cause I’m broke ass-donations gladly accepted!), being part of the Slurpee capital of the world makes me happy in a way I don’t understand, I love the multiculturalism of a bigger city, and I like that there are cool events and things to do.

Some days I love living here, and sometimes, often the very next day (or hour) I think WTF am I doing here! So it’s been a bumpy ride in my own little brain. I find it hilarious that on the days when i purposely think, I’m here and therefore I am going to love the shit out of this place, that those have been the days when the most crazy ass shit happens; from the benignly stupid blunders to bigger things. It’s like Winnipeg is taunting me and saying, welcome to the real Winnipeg beotch 😉 That in itself makes me laugh and bring out the newly discovered sadomasochist in me, in that I almost, kinda like it more for that. So that’s my little rant of being warped and in Winnipeg, I think it’s a good (and possibly necessary?) combo! 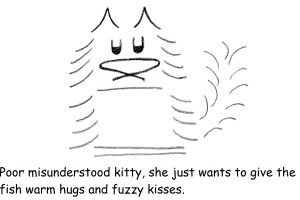 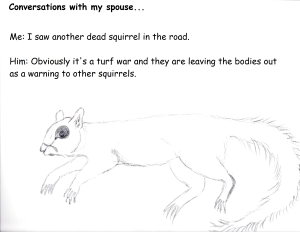